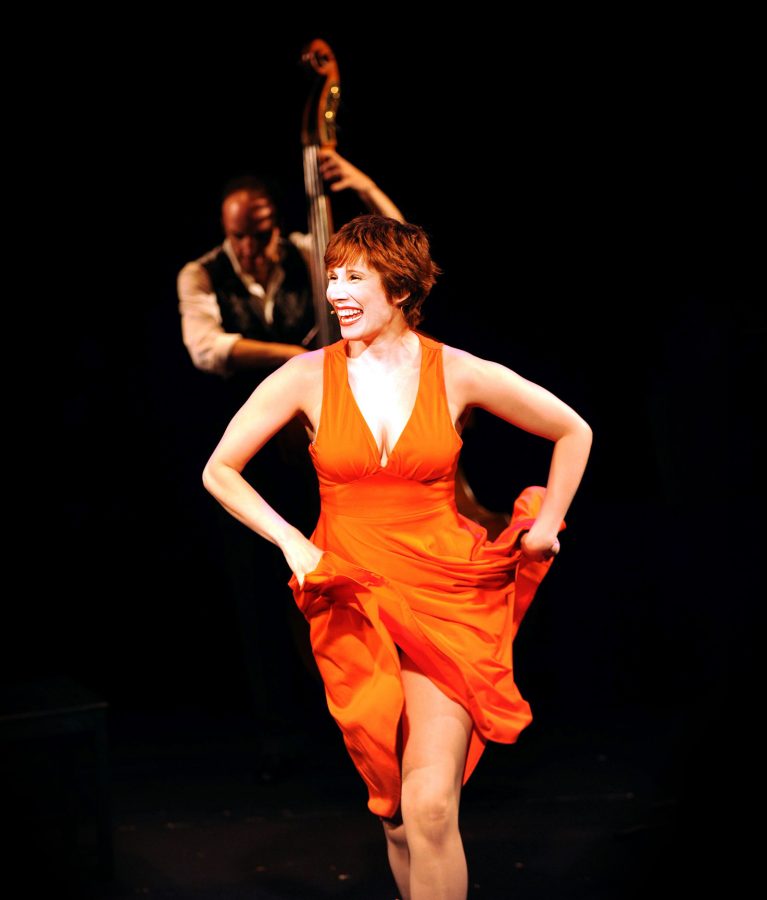 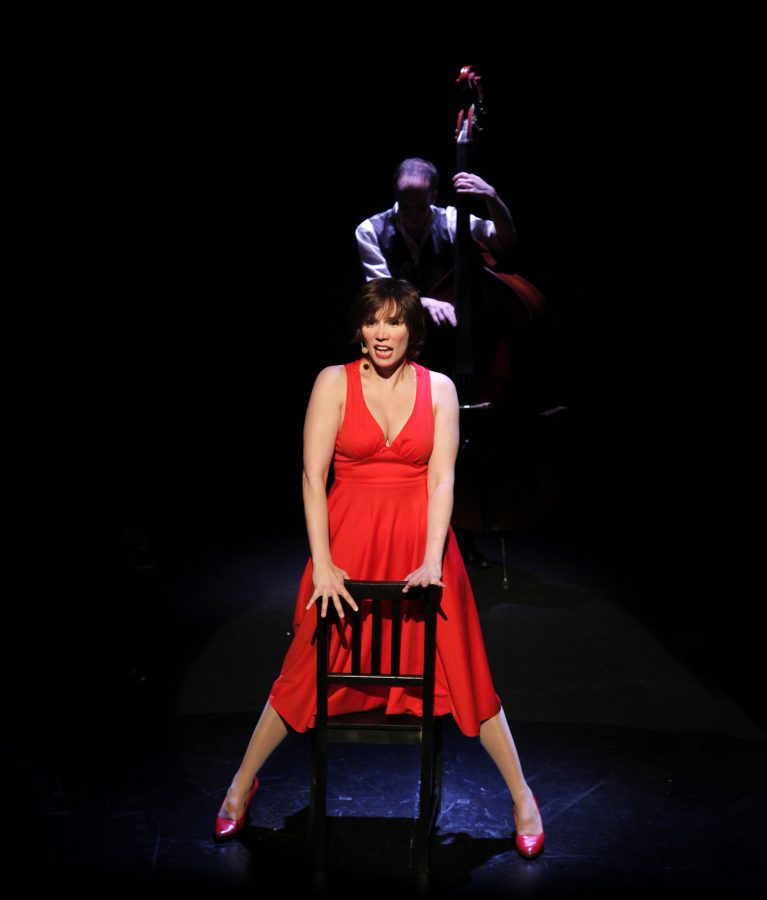 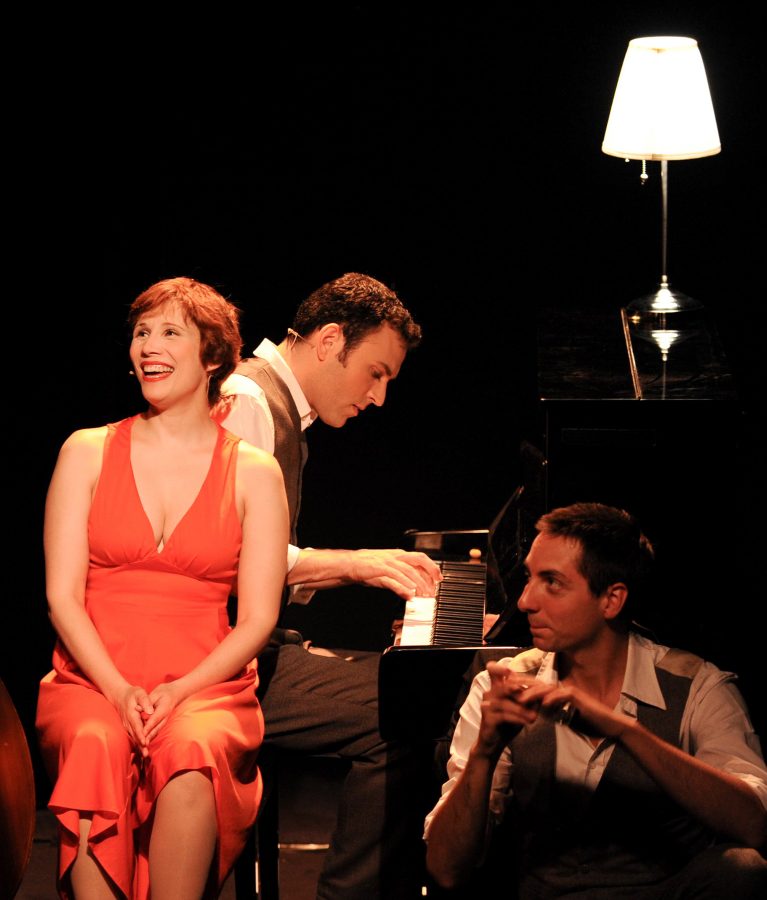 The show that revitalized Paris)

Ever heard of Norbert Glanzberg?

What about Padam Padam, Les Grands Boulevards, Mon manège à Moi or Ça c’est de la Musique? But wait, what’s that melody that you hear all of a sudden…? That’s Glanzberg!

That unsung genius, labeled by Goebbels as a “degenerate Jewish artist,” who took refuge in France toward the end of the 1930s, a composer as prolific as he was inspired, who wrote the music for dozens of the gems of French songs… for Édith Piaf and Yves Montand — revived later on by contemporary stars like Whoopi Goldberg (I Will Follow Him).

His repertoire, a stunning journey through the soundtrack of the 1940s and 50s, will give you an irresistible urge to rediscover the melodies that we’re still humming today, and that today’s youth are begging to discover! His songs are a breath of fresh air, full of mischievous and poetic jabs at stupidity and intolerance, worthy of a man with razor-sharp wit and scathing humor. They’re sure to leave audiences with a smile on their face! 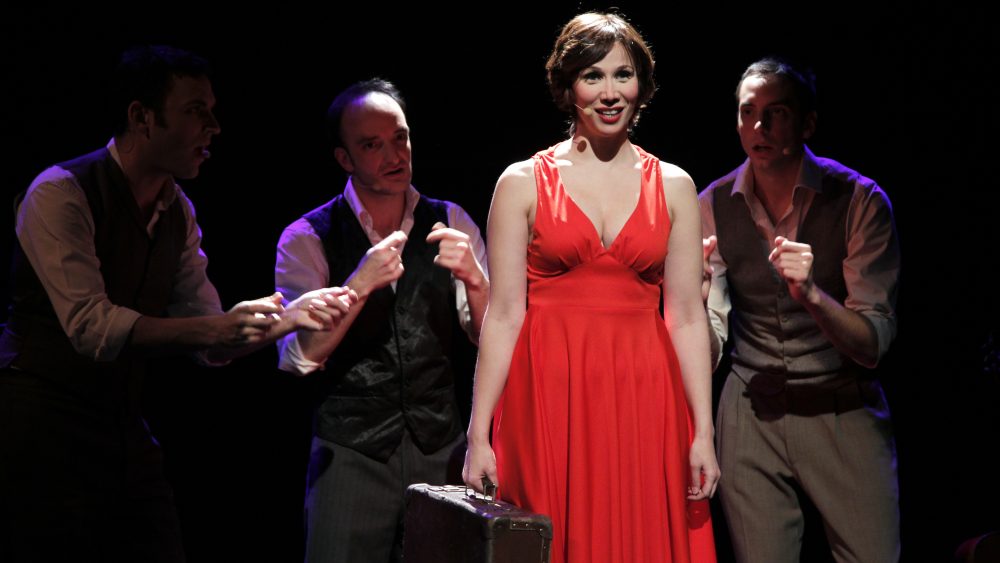 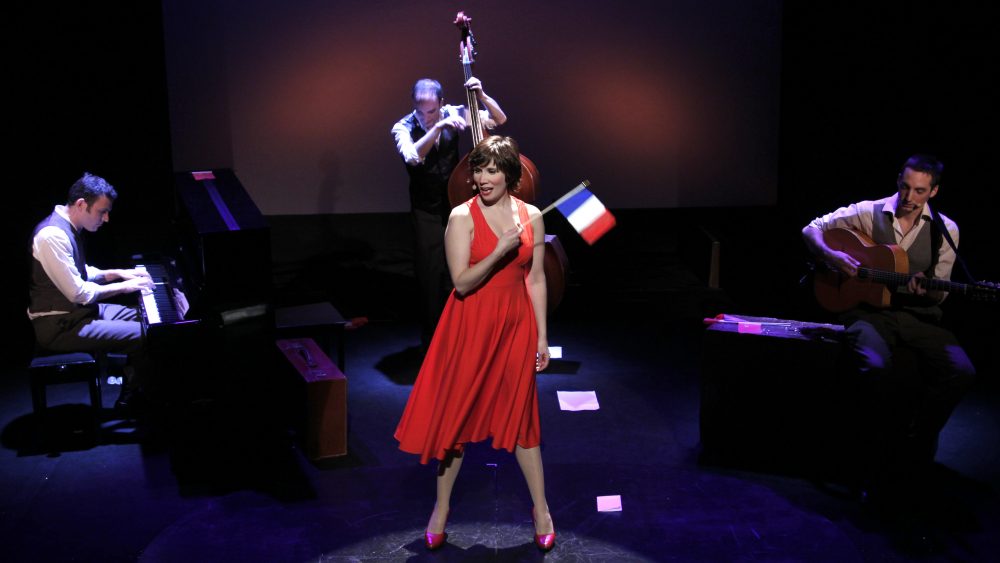 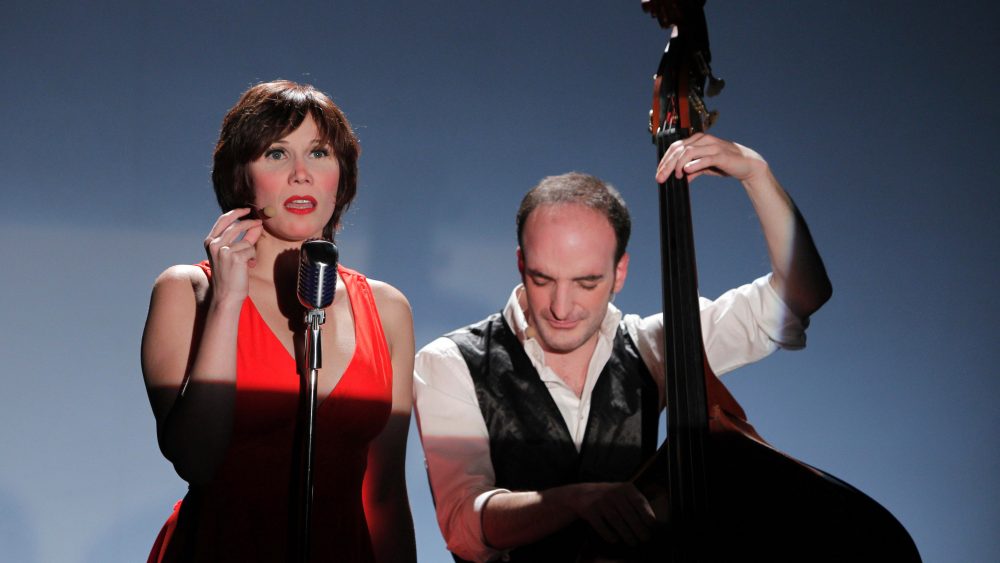 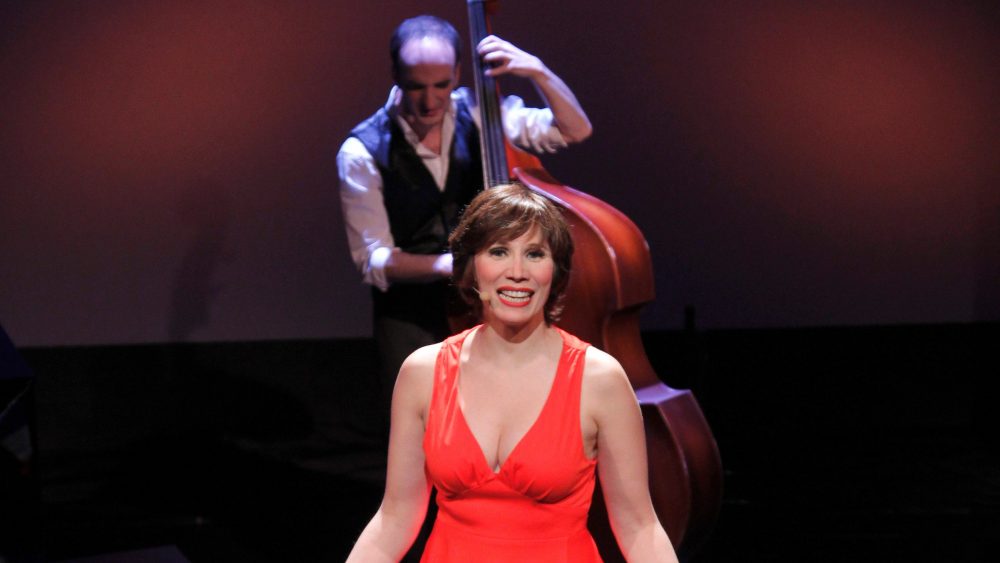 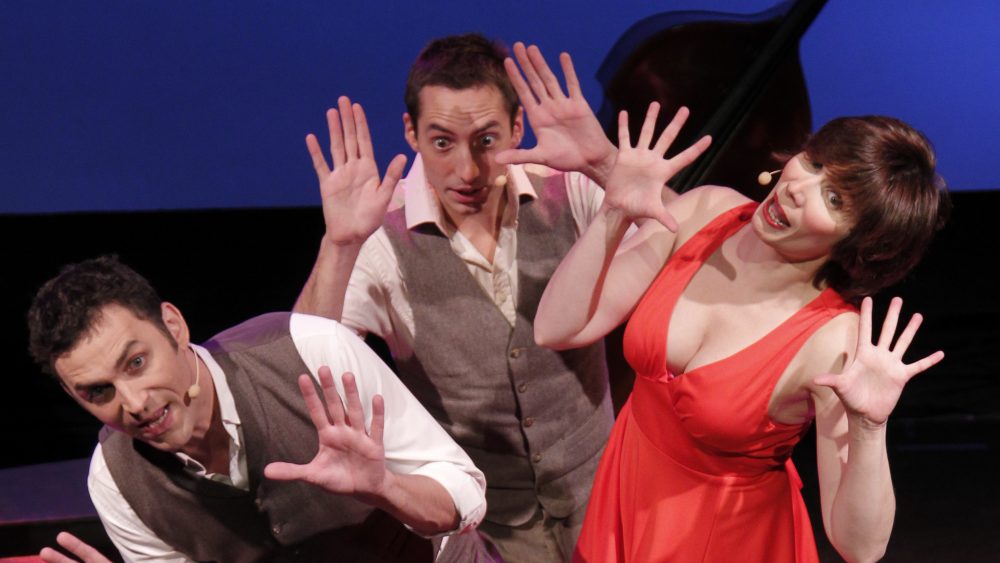 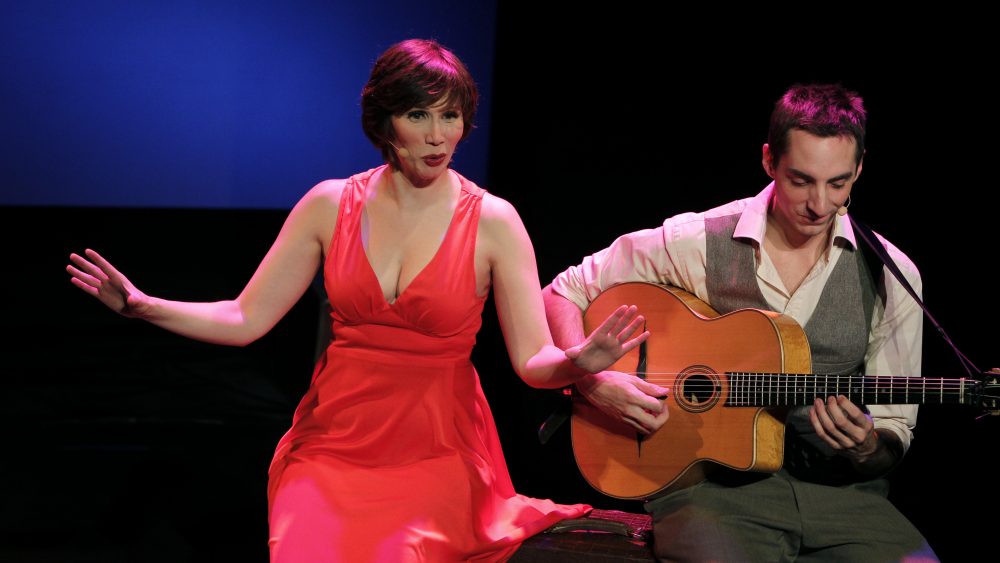 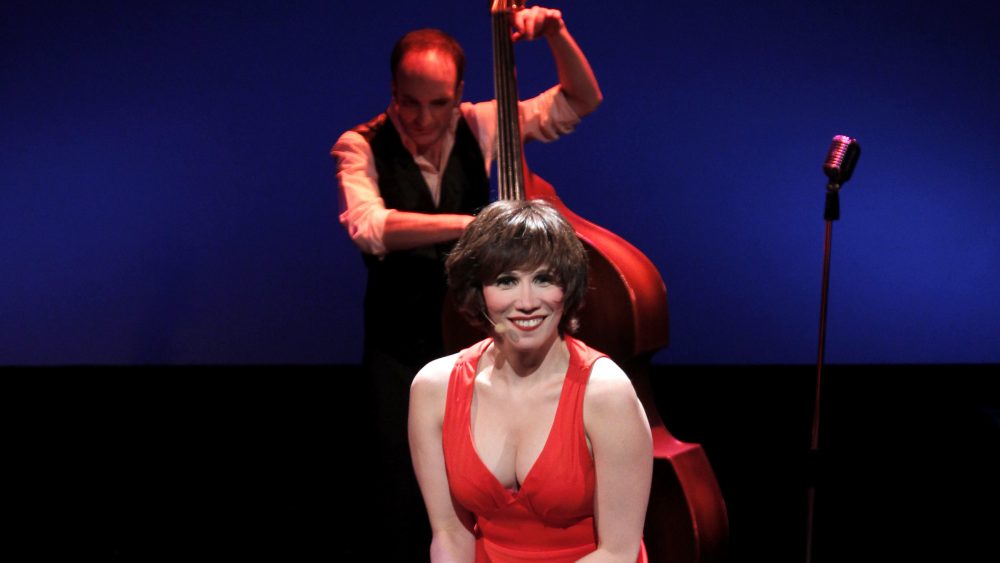 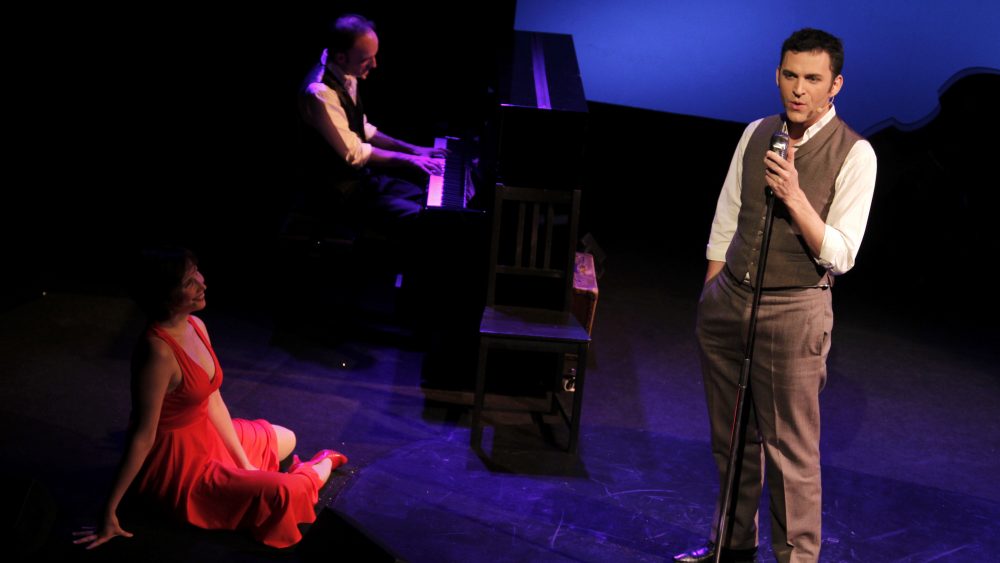 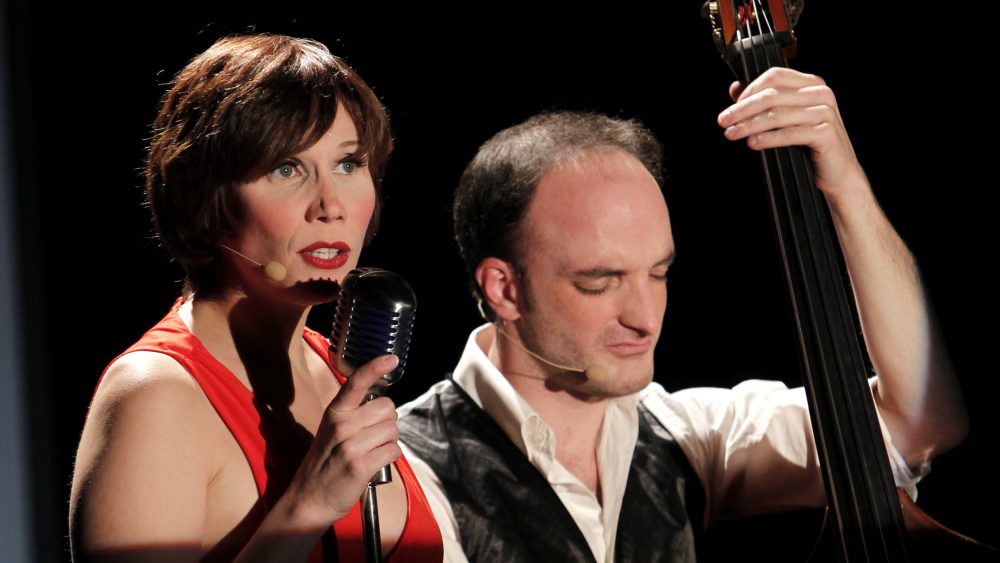 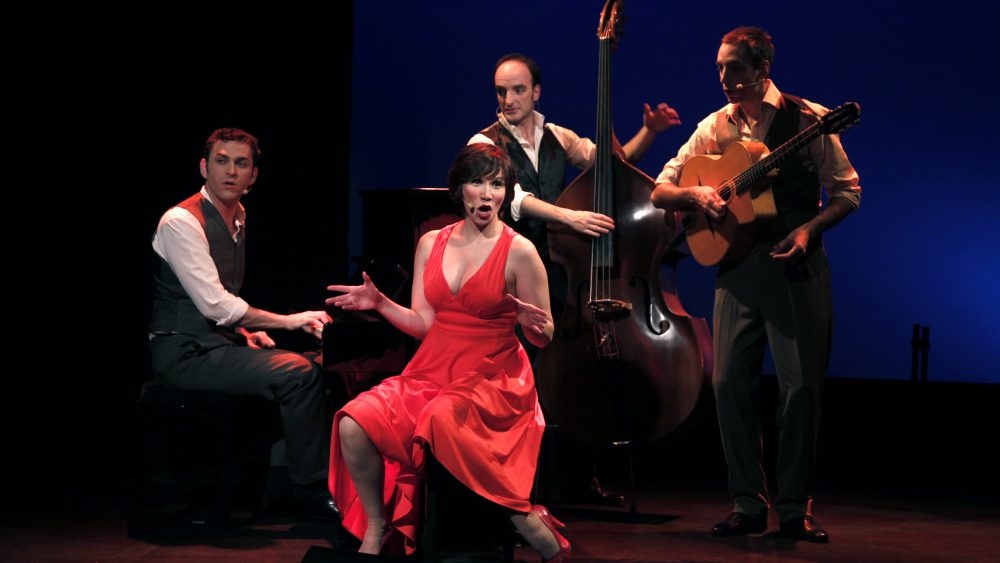 On March 25, 2009, Isabelle Georges was invited to join the Mulhouse Symphony Orchestra for a concert honoring Norbert Glanzberg, which intertwined his great songs with the Yiddish Suite and the Holocaust Lieder.

She was inspired to tell Norbert’s incredible story, to dive into his repertoire of music and the magnificent lyrics written by some of the greatest French lyricists: Pierre Delanoë, Michel Rivgauche, Jean Constantin, Jacques Plante, Francis Blanche, Henri Contet, Claude Lemesle…

To Isabelle and Frederik’s work with the great director Jean-Luc Tardieu was added the sumptuous music arrangements of Cyrille Lehn… and voilà!… a show was born!

Josette Milgram-Todorovitch, co-author and producer of Cabaret Terezin, decided to support Isabelle once again in this exciting venture. The team rehearsed with Jérôme Sarfati and Édouard Pennes at the Théâtre de Suresnes, staged in July 2010 at the Théâtre La Bruyère… The show was a success… and launched a new season in December 2010 at the Théâtre des Mathurins, before extending its love affair with audiences and critics alike at the Gaîté Montparnasse to celebrate a year of success in Paris!

Mommy, why is the music laughing and crying at the same time?

Music – the only chance of survival for a young man born in the wrong place at the wrong time. He is forced to sell his songs under the table unsigned, depriving their author of their success. He often writes in dismal hovels while his melodies go off to tour the world. The greatest voices claim them – the voices of yesterday, the voices of today and undoubtedly the voices of tomorrow: Édith Piaf, Maurice Chevalier, Tino Rossi, Minstinguett, Yves Montand, Pétula Clark, Whoopi Goldberg…

To play his music, to sing his songs, is to hear a voice sing out over the tumultuous winds of history, the voice of a man who, surrounded by the sounds of boots, was also able to hear the beating of a sentimental heart pulsing feverishly for the beautiful (and numerous!) faces of the women who crossed his path. It was this that led to “Padam, Padam,” which has become the international anthem of Paris and love. Without even realizing it, we all know this unknown celebrity.

Four performers, Isabelle Georges, Frederik Steenbrink, Jérôme Sarfati and Édouard Pennes… Instruments and voices melded together to spotlight this tremendous life and these melodies so firmly anchored in our collective memory that just a few notes send us humming down memory lane. Heartbeats will never go out of style. “Padam…Padam…”

A song is the magic that happens when you mix a lyricist, a composer, a performer, their musicians and an arranger. In Padam Padam, today’s artists are bringing new life to a heritage handed down from the artists of the past.

Some of the famous songs have been recorded by tremendous artists, so in order to offer them to today’s audiences, we had to breath new rhythms and harmonies into them, working closely with Isabelle and her musicians. Each song tells a story, so the music has to be a storyteller as well. The instruments chosen evoke the jazz of Django, but also the wandering tale of Norbert, sprinkled with gypsy jazz, samba, gospel and rock’n’roll.”

Norbert was one year old in 1911 when the Glanzberg family fled Poland to take refuge in Bavaria. A child prodigy, he danced on tables with his violin and played jazz (behind his father’s back) at the neighborhood brasserie, before going off to the conservatory. He was hired at nineteen years old as choirmaster and assistant-conductor in Aix-la-Chapelle, where he met Bela Bartok and Alban Berg. In 1930, he wrote his first film soundtracks for Billy Wilder and Max Ophüls.

But then Goebbels labeled him a “degenerate Jewish artist.” Norbert was forced into exile, as his friend Kurt Weill, in Paris where, in 1936, he met another refugee, Django Reinhardt, with whom he played for local dances, when he wasn’t playing piano in the brothels of Pigalle. In 1938, he wrote “Le Bonheur Est Entré Dans Mon Coeur”, and “Sans y Penser…” for Lys Gauthy, and revived his success as a composer. In 1939 he was summoned by the Polish underground resistance army. After being discharged in 1940, Norbert set off for Marseille and the Zone Libre (by foot!). There he was hired by the impresario Félix Marouani to tour with Tino Rossi and Édith Piaf, who took him on as a protégé.

In 1942, having made it through the roundups of Jews, he was betrayed and imprisoned, and it was the actress Marie Bell who organized his escape with the help of a Corsican prison guard. He went into hiding until 1944 in Antibes at the home of the writer and publisher René Laporte, where he met the intellectual Resistance: Paul Eluard, Jacques Prévert, Aragon, Elsa Triolet and René Julliard. In the Legal Purge trials following France’s liberation, he helped free Maurice Chevalier and Mistinguett, both suspected of collaboration. From 1946 to 1948, he left on a world tour with Charles Trenet and Tino Rossi. In 1949, Édith Piaf debuted “Padam, Padam” with lyrics written by Henri Contet. She also performed “Au Bal de la Chance,” “Sophie” and “Mon Manège à Moi” – which was later borrowed by Yves Montand (who also performed “Moi J’m’en Fous” and “Les Grands Boulevards”).

Beginning in 1953, he composed a number of film scores including “Michel Strogoff,” “La Sorcière” and “La Mariée est Trop Belle” with Brigitte Bardot. The 1950s were auspicious years, and he symbolized the lightness and joie de vivre of post-war Paris with its irrepressible atmosphere of revenge, unlike today’s fearful climate: Norbert wasn’t afraid of anything – something he proved throughout his lifetime. He wrote for Henri Salvador and Colette Renard, who triumphed with “Ça C’est de la Musique.”

Eventually the “yéyé” music style swept the music scene, but he continued to produce and compose until the 1970s for Pétula Clark and Mireille Mathieu.

In 1983, he returned to classical music. He wrote a lieder suite, “La Mort est Un Maître de l’Allemagne.” In 1985, he composed a concerto for two pianos, “La Suite Yiddish,” inspired by the “Magicien de Lublin” by Isaac Bashevis Singer. In 1998, a concert was given in his honor with the actress Hanna Schygulla in his childhood town. In the cathedral, one year later, he recorded “Noël c’est l’Amour.” In 2000, he orchestrated “La Suite Yiddish” for the Lorraine, Jerusalem and Würzburg Philharmonics. Norbert died on February 25, 2001 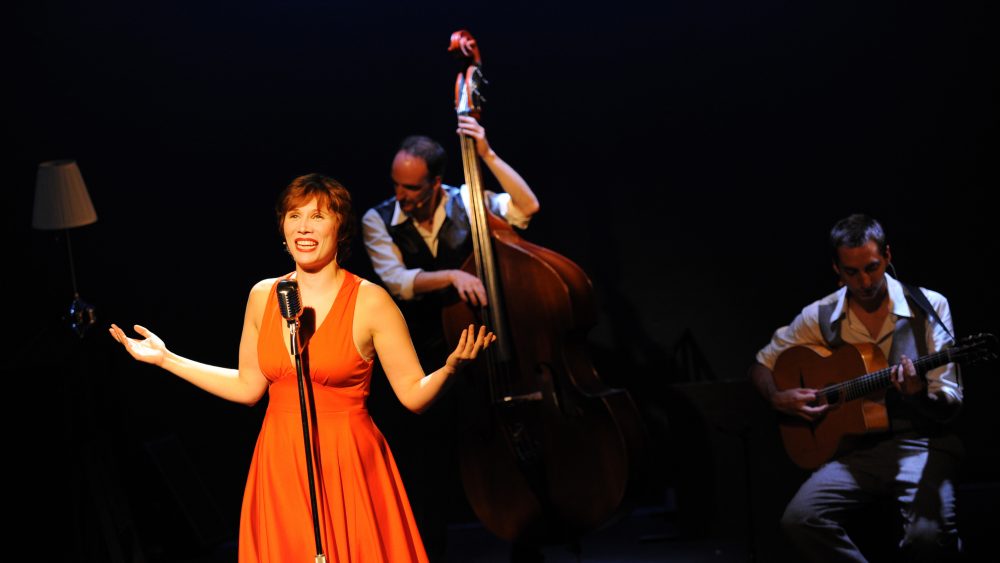