Isabelle returns with her trademark soaring vocals and theatrical delivery alongside a stunning five-piece band that marks her 4th Edinburgh Festival appearance. She will lead you on a passionate journey through the French repertoire and beyond, featuring the music of Brel, Bécaud, Piaf, Aznavour and more.

Along with musical director and vocalist Frederik Steenbrink she bursts through stories of love, survival and dreams in an unbeatable mixture of jazz, cabaret and pop. Her previous Fringe Festivals shows were the critically acclaimed ‘Judy & Me’ (2005), ‘La French Touch’ (2007) and ‘Broadway Enchanté’ (2013).

When I was a kid, my grandmother, Pauline Campiche, composer and pianist, would regale me with tales of ‘l’Écluse’, the Parisian cabaret where she had so often performed and where, on a stage no bigger than a postage stamp, everything was possible…

I often think about the creative effervescence and atmosphere she described in her marvellous stories starring Barbara, Jacques Brel, Raymond Devos… and every time she mentioned the place, her favourite expression was of course “Oh Là Là !”.

With this joyful expression in mind and conscious, that recent events in Paris, have meant that freedom and joy are far too often threatened nowadays, I began imagining a real ‘Tour de chant’ in the pure tradition of French music-hall, inviting audiences to discover or rediscover French songs that have played such a major role in the world of music; the world in which I grew up.

I revisited this incredible inheritance, choosing standards and unknown gems, with an emotional or comical dimension and added new material with the aim of finding meaning and poetry in a world where everything seems far too fast. To quote Leonard Bernstein, my grand-mother’s favourite: “This will be our reply to violence: to make music more intensely, more beautifully, more devotedly than ever before!”

To honour my grand-mother’s “Oh Là Là !”, I created a mixture of songs and love stories, combining survival and dreams in a thundering ‘tour de chant’. A hymn to life!

The musical arrangements by Thierry Boulanger and Thibault Lepri, bring new perspective to both the standards and lesser-known songs with boldness but with respect. Together, we’ve constructed a musical bridge between yesterday and today with an incomparable mixture of jazz and cabaret. “Oh Là Là !”

Well known to French audiences for her leading roles in Barnum, Le Passe Muraille, Singin’ In The Rain and Titanic The Musical, Isabelle Georges previously performed at the 2005 Edinburg Fringe Festival with her show Judy And Me which led to a further 26 performances at the Harrogate Theatre.

In 2007, Isabelle performed Une étoile et moi and I Wish You Love at the Adelaide Cabaret Festival before returning to the Edinburg Fringe Festival with La French Touch. Her show Padam Padam ran for over 250 performances at three major Parisian theaters: La Bruyère, Les Mathurins and La Gaîté Montparnasse. She has toured internationally and recorded Maury Yeston’s December Songs for PS Classics at the Nola Studios in New York.

In 2011, Isabelle gave an additional 24 performances of Une étoile et moi at Paris’ Théâtre Antoine and performed at major venues around the world including the Concert Gebouw in Amsterdam, the Théâtre des Champs Elysées and at the International Schleswig Holstein Festival. In 2012, she created Broadway Enchanté which ran for over 120 performances at Théâtre La Bruyère and Théâtre Déjazet, Paris, at the Edinburgh Fringe Festival 2013 and at Nantes Folle Journée 2014. 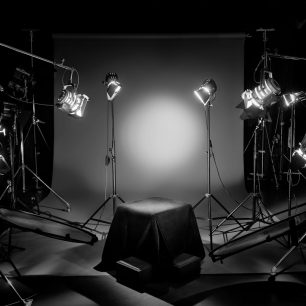 Harcourt, the story of a picture