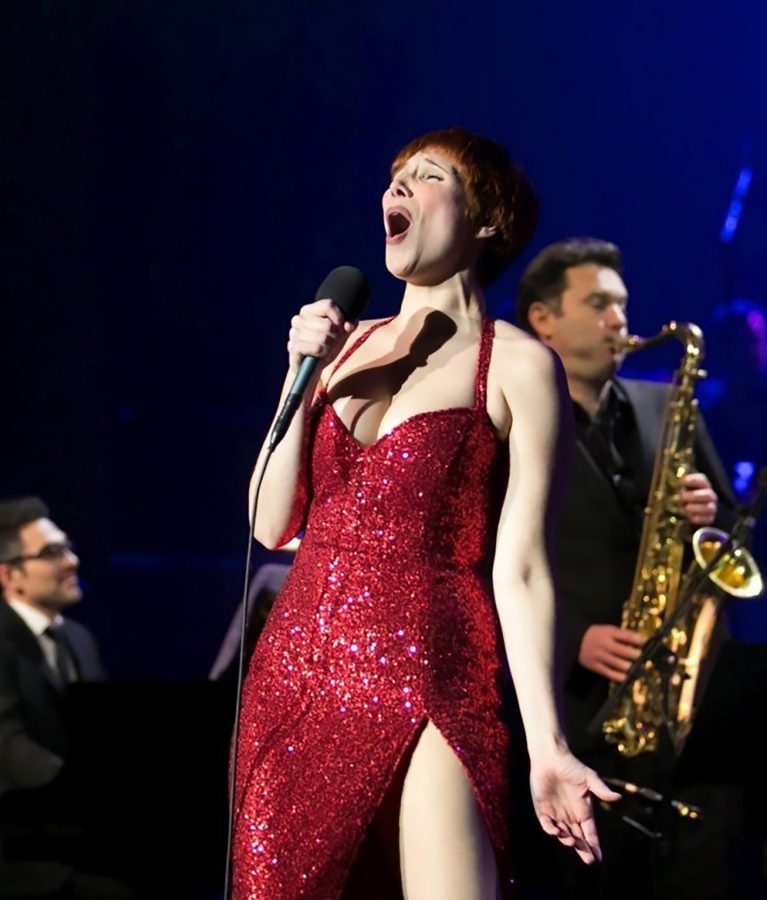 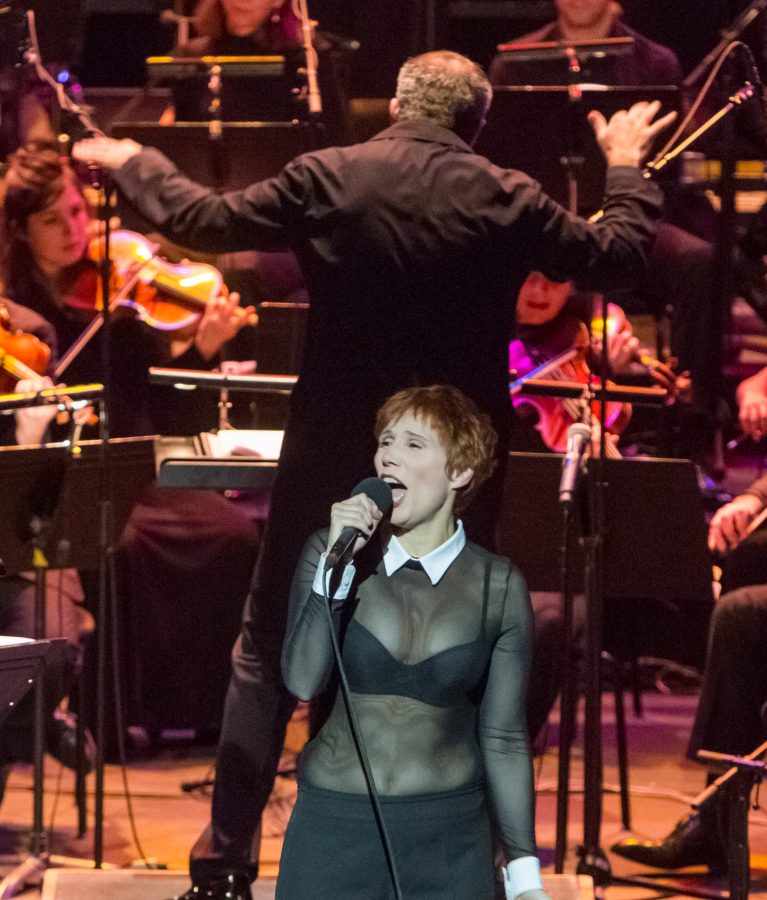 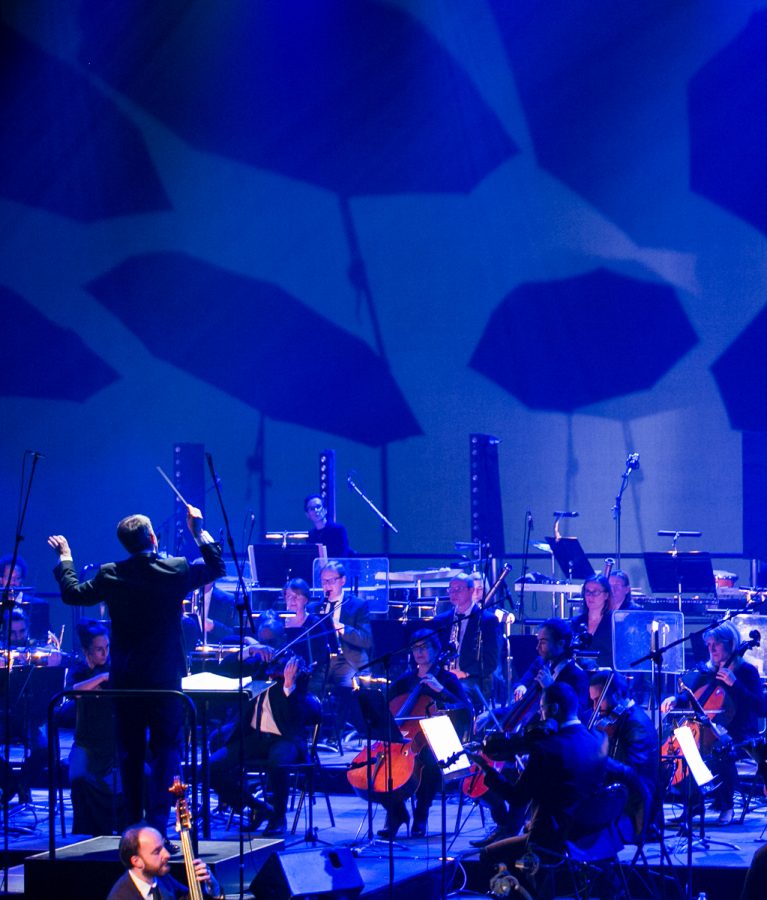 Broadway with a French twist

“I was born in a rich and extremely varied musical universe. I spent my childhood between the vocal scales of my mother, dramatic soprano, the stories my father told me, enamored of poetry and jazz and the scales of my grandmother, piano player and composer.

Between Gounod, Fauré, Debussy, Ravel, Fats Waller, Duke Ellington, George Delerue, Bernstein and many others … A real musical melting pot! Ah … the first family outings to the Mac-Mahon or the Châtelet, in Paris. The unforgettable emotions discovering Guys And Dolls, Black And Blue, Porgy And Bess, 42nd Street and A Star Is Born … Between classical music and jazz my heart was beating!

Until one day … The need to find my own “voice” came up. A voice that would be the fusion of classical music, jazz and theater: Musical Theater! My vocation was born.

Hence the overwhelming urge to design a tribute program to the Musicals of my childhood with a singer who’s voice is worthy of the crooners of the golden age of musical comedy, Frederik Steenbrink. Because what would be a tribute to Musicals without a duet? A Ginger without her Fred? A Judy without her Mickey? Solos, duets, a jazz quartet and a philharmonic Orchestra! This new project, launched one evening by Jean-Pierre Rousseau in 2012, could only find an echo in me. ” 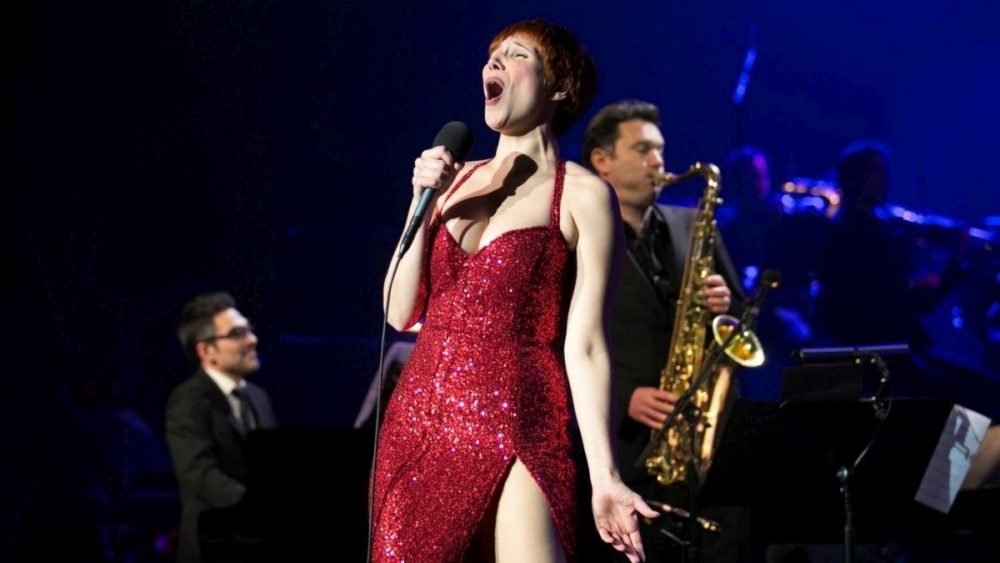 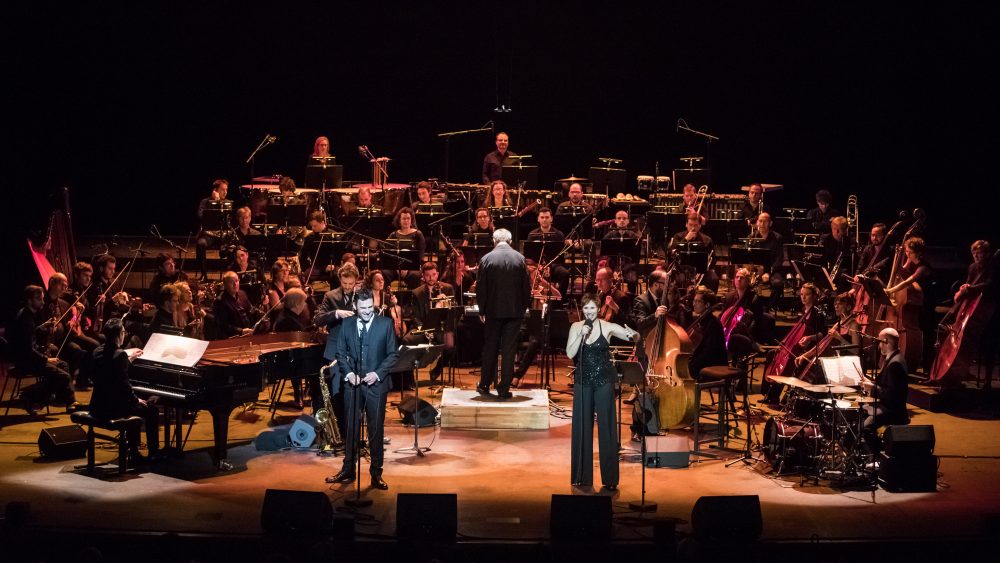 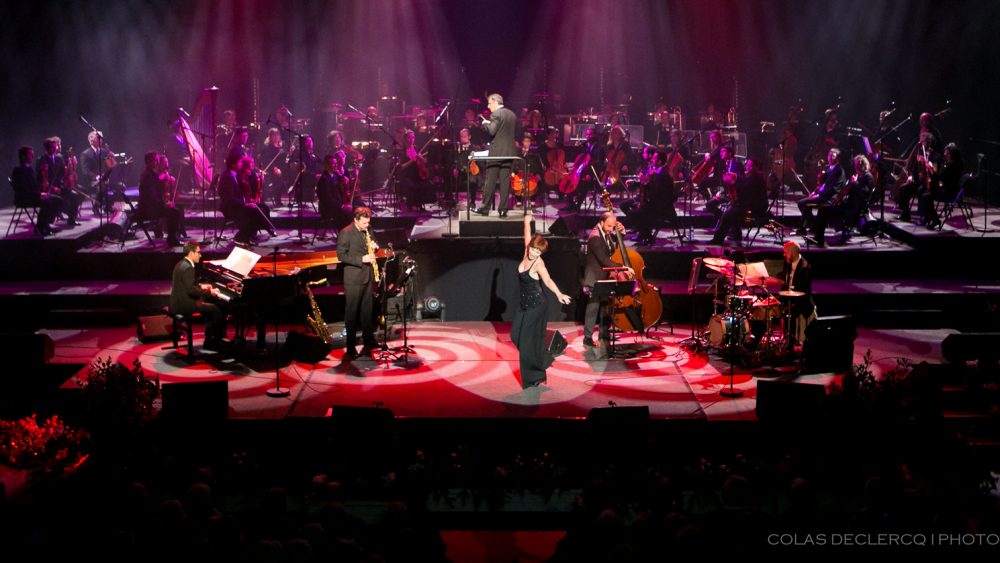 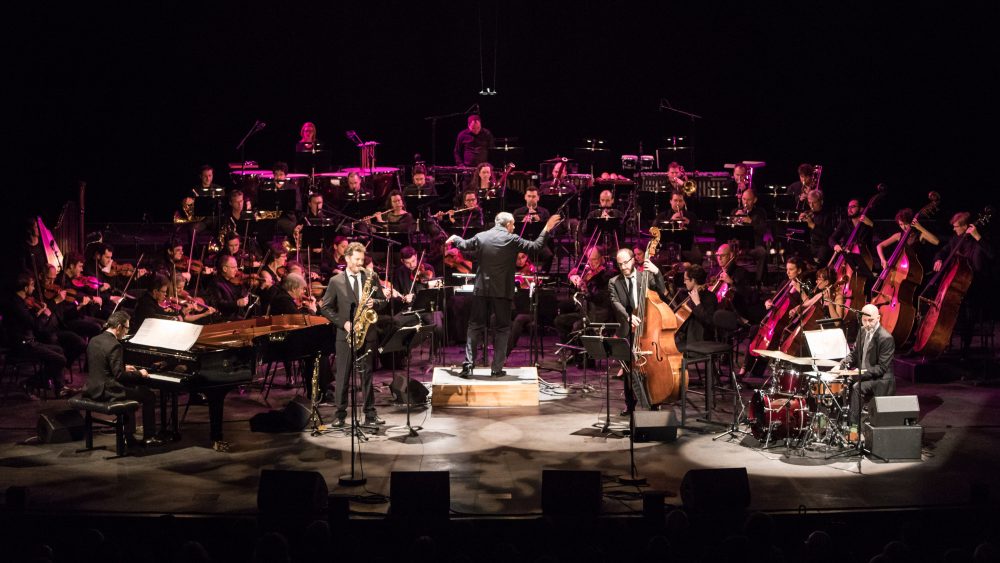 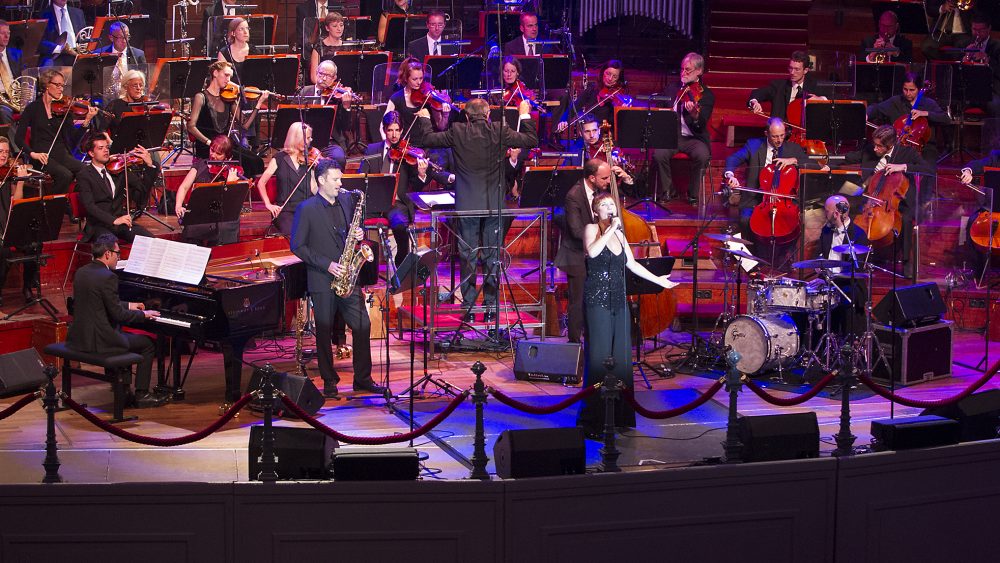 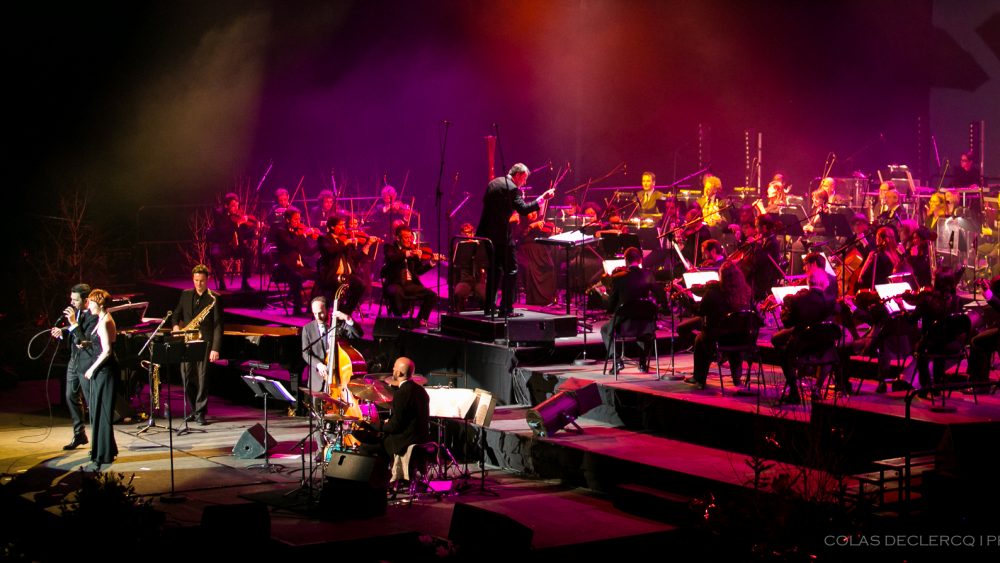 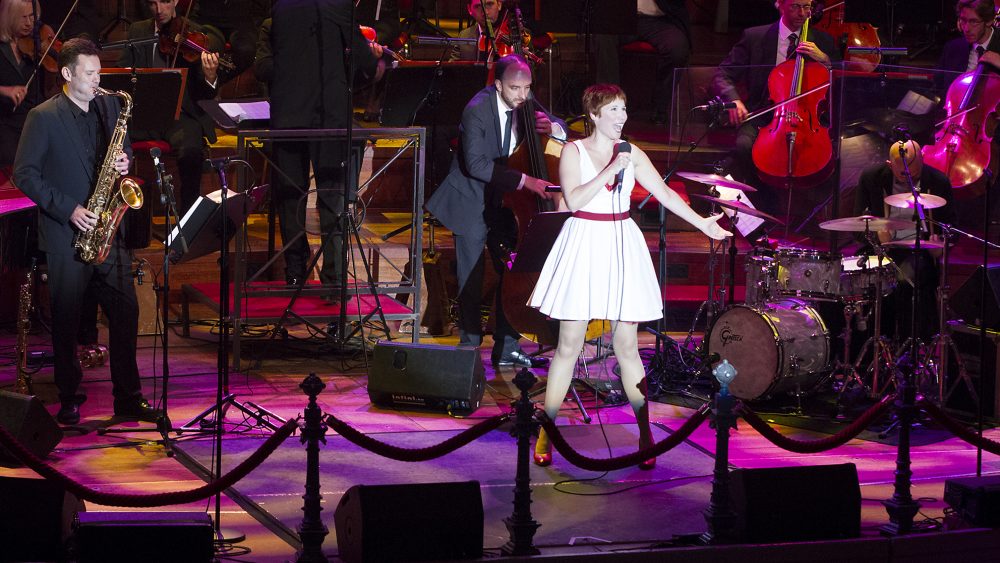 This program mixes Jazz with the breadth and virtuosity of a Symphony orchestra. It revives the spectacular of Broadway orchestras and the heyday of MGM.

The voices draw their inspiration from Judy Garland to crooners like Frank Sinatra, they blend in duets in the manner of Ginger Rogers and Fred Astaire but also Ella Fitzgerald and Louis Armstrong.

The orchestrations inspired by George Gershwin, Nelson Riddle or Gordon Jenkins are signed by Cyrille Lehn.

Andrew Doig highlights the three dimensions of this highly festive program embellished with narrations and moments of play on the meaning, origin or style of the pieces, like Judy Garland in her television shows.

With Cyrille Lehn, Isabelle Georges and Frederik Steenbrink insisted, in each title, that one or more elements, would be in the spotlights, saxophone, piano or drums, soloists of the orchestra or a section in particular like the brass, which offers a rainbow of musical colors.

Finally, it’s impossible to talk about a Musical theater without including a dance number in the pure Broadway tradition, with a thunderous tribute to the fantastic tap dancer heir to Samy Davis, the no less famous Gregory Hines.